American Airlines requested that we develop a banner concept that could be used as the general banner template throughout 2011 and 2012. This banner concept will have to be flexible enough to be changed from one destination to another to avoid wear-out.

The concept that I put together encompasses multiple ideas and goals that I wanted to accomplish within this banner ad to keep the integrity of not only the Black Atlas brand but that of the brand of American Airlines. I wanted to also keep the overall idea of flight and destination as the over arching theme, this would make it easier when developing multiple executions throughout the year. I wanted to stay within the blue to dark blue color scheme and add the yellow plane to create a pop-color. Imagery was key on the final frame because it also tied into the final line of copy as well as the CTA.

This execution uses a technology called side-kick. It works just like a rich-media expandable banner, but in this case once the user rolls over the banner the entire site will shift to the left revealing the expanded ad experience. Within the expanded portion of the banner we focused on a couple other destinations, making this execution that much more versatile when it comes to messaging. 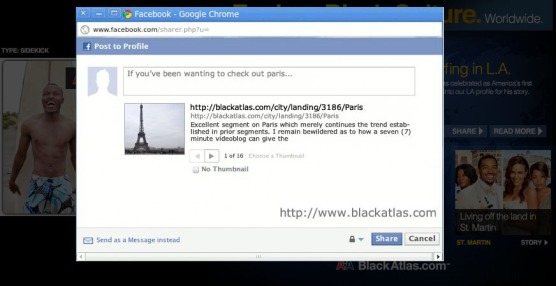