Many of you have expressed interest in the original version of the Active Blur class I released. One of the questions was how to allow the object casting the Active Blur to resize and have the blur update as well. The new version of this class should fix that issue for you. The old class was not very dynamic either. I attempted to make the class easier to use. You can also have non-rectangular shapes (an “x” or “o” shaped item works just fine). Click here or the image below to open the example. Drag the window around and mess with it. Hope you enjoy it. 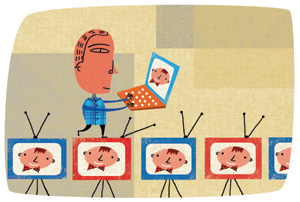 A number of network executives planning to expand social media program extensions next season hope the answer is yes.

Recent research indicates that viewers increasingly interact simultaneously with TV shows and social media platforms such as Facebook and Twitter to comment in real time on story lines, action and characters. Research also shows that viewers, enabled by technology, are increasingly using mobile devices to engage in real-time, at-home “watercooler” talk about programs as they air.

via ‘Watercooler’ Chats Spread to the Home.

Last year, those Evian roller babies skated their way into the pages of the Guinness World Records as the most-viewed online advertisement in history, with what the company now claims is more than 100 million views.

But one achievement it did not pull off? A boost in U.S. sales. Evian lost market share as sales dropped 28 percent in each of the first two quarters, although it reduced those declines to 26 percent in the third quarter and 19 percent in the fourth, according to Beverage Digest. END_OF_DOCUMENT_TOKEN_TO_BE_REPLACED

Anchored to the bottom of the user’s browser, the ad remains visible as the user scrolls up and down a Web page. The reader can minimize the ad at any time, leaving a branded button at the bottom of the screen that can be expanded or closed.

Post-Newsweek Stations is one of the first of IB’s media partners to test the new ad format. END_OF_DOCUMENT_TOKEN_TO_BE_REPLACED

As marketers clamor for useful data, change is coming in the profession that supplies much of it. Released last week at an Advertising Research Foundation conference in New York, a survey of research professionals by GfK Custom Research North America reveals ways in which these people see marketing/advertising research evolving in this decade. END_OF_DOCUMENT_TOKEN_TO_BE_REPLACED 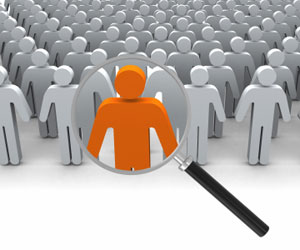 Search-engine marketing continues to grow, according to a survey released this month by the Search Engine Marketing Professional Organization (SEMPO) and Econsultancy, with money often being shifted from other kinds of marketing in order to fund it. But the survey’s respondents (professionals in this field) say measurement of return on investment continues to be the foremost challenge for search.

via Search Marketing to Grow.

At a time when magazines are everyone’s whipping boy, Graydon Carter offers evidence to the contrary. It’s not for nothing that he has the distinction of being the only editor to be named AdweekMedia’s editor of the year twice (1997, 2003), while Vanity Fair has been on the Hot List nine times. The Conde Nast monthly is widely regarded as one of the best magazines around. So we asked Carter: What does the future hold for magazines? Here’s his answer. END_OF_DOCUMENT_TOKEN_TO_BE_REPLACED 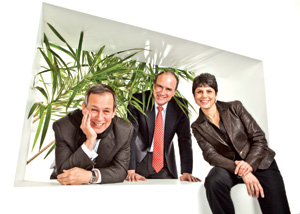 Growing up in the late ‘50s-early ‘60s in a small Oregon town, Chris Johns was transported to amazing places through the plethora of books and magazines he devoured when visiting his grandparents home. His favorite publication was National Geographic, with its distinctive yellow spine and trademark yellow portrait-frame cover, that inside teemed with brilliant color photography, foldout maps and fascinating tales from around the globe. “That magazine captured my imagination and took me to places, connected me to cultures, landscapes and environments that I never dreamed I would ever visit,” says Johns.

A landing page is basically any webpage where you are trying to send web traffic for a specific reason – such as buy, sign up, or find something of value. And we’re not talking about your home page here. We’re talking about a specific web page that you’ve developed which has specialized content – specialized content that goes hand in hand with whatever tool you used to drive the traffic to that landing page. Traffic-driving tools can include PPC (pay per click search marketing), banner ads, email links, and blog posts. END_OF_DOCUMENT_TOKEN_TO_BE_REPLACED

In 2009, e-mail marketers started to get social, but 2010 will be the year social media makes e-mail marketing more powerful, according to eMarketer.

Social media is a partner, not a threat, to e-mail marketing because it provides new avenues for sharing and engaging customers and prospects.

Even though people are spending more time using social media, they are not abandoning e-mail. The two channels can help each other, offering the opportunity for marketers to create deeper connections.

Hulu is leaving some serious money on the table.

While its parent companies NBC Universal, News Corp. and Disney wrestle with the possibility of imposing a subscription fee on Hulu to offset what they perceive as lost ad revenue from TV, they might be better off simply dialing up the number of ads that run on the site, according to comScore.

The Web researcher released new research today at the Advertising Research Foundation’s annual convention and expo in New York which found that people who watch TV shows on the Web are far more tolerant of ads than perhaps once thought, and would actually stand for more clutter. Specifically, comScore found that while sites like Hulu typically serve around four minutes of ads for every hour of content, users would be OK with six to seven minutes of ads.
END_OF_DOCUMENT_TOKEN_TO_BE_REPLACED

Male-centric Break Media is betting on data to enhance its display advertising business.

The company, which manages sites such as Break.com, MadeMan and Chickipedia, has inked separate pacts with BlueKai, which aggregates in-market shopper data for brands, publishers and ad networks, and eXelate, which manages an exchange for behavioral targeting data.

Break will leverage both companies’ data to offer its advertisers the ability to target more specific, narrow audiences — including audiences that are intent on shopping for or purchasing specific products.

“These partnerships, combined with the size of our network and the breadth of our ad offerings, will ensure that Break’s advertisers will be able to reach as much of their intended audience as possible, and do so with maximum efficiency and effectiveness,” said Andrew Budkofsky, Break’s evp of sales and partnerships.

With these deals, Break joins a growing number of online media companies turning to outside vendors that specialize in layering audience data on top of a site’s data with the promise of delivering the right ad to the right users. The approaches vary, as publishers experiment with blending offline shopping data, online cookie data and data from companies that claim to be able to find “look-alike” users based on modeling technology. For example, MTV Networks recently signed a deal with the analytics firm Quantcast to bolster its online video ad sales.

The growing legion of foursquare users can now start following and friending celebrities via the location-based mobile service through a new pact with Viacom networks MTV and VH1.

Foursquare, which enables members to earn points by visiting businesses — and automatically alerts their friend circles of their whereabouts — is using the partnership to kick-start its new Celebrity Mode tool.

Users can begin following MTV stars such a Jersey Shore’s Pauly D., who will start letting fans know where he has traveled and share tips on his favorite locales. Other stars from MTV shows The Hills, The City and the upcoming Real World: New Orleans are scheduled to begin using foursquare, said officials, as will talent from the VH1 vehicles The T.O. Show, Fantasia for Real and What Chilli Wants. END_OF_DOCUMENT_TOKEN_TO_BE_REPLACED

If nothing else, SXSWi is a celebration of ideas. We share them, question them, challenge them and gather around them. Perhaps most importantly, we search for new ideas and try to imagine their consequences.

So it’s not entirely remarkable that Ben Malbon, executive director of innovation at BBH and managing partner and founder of BBH Labs, and his brother Tim, founder of London’s Made by Many, assembled 30 worldwide “competitors” to talk about how we might collaborate and innovate together in an effort to not only reinvent the future, but blow up the now.

via The Digital Exchange.

It didn’t take Ron Cooper long to figure out Clear Channel Outdoor’s (CCO) strategy as it emerges from one of the toughest ad years ever. After spending three months visiting nearly 20 local offices, the new CEO (who replaced Paul Meyer in January) for CCO Americas is ready to ramp up the company’s digital assets, a key contributor to the parent company’s growth.

Clear Channel Outdoor this year plans to add at least 120 new digital billboards to its portfolio of 472 digital boards in 33 of its largest markets. In a first for the out-of-home industry, CCO also plans to introduce later this year full-motion digital screens in bus shelters beginning in San Francisco and Washington, D.C.

CCO’s digital expansion is already under way in San Francisco, where it is erecting a high-profile digital board at the base of the Oakland side of the Bay Bridge. In Dallas, it’s adding two boards to the 11 currently in operation. Digital video screens are also being added to CCO’s inventory in airports, such as Denver and Chicago O’Hare.

While other out-of-home companies froze digital rollouts, the additions made by CCO kept revenue for CCO Americas from dropping more than 13 percent to $1.2 billion (parent CCO saw its revenue drop 18 percent to $2.7 billion). Digital “led our company in revenue growth,” said Cooper. “The signs cost several hundred thousand each, but the high capital costs are supported by the revenue that the signs generate. It’s a different medium [from traditional static boards] with a different set of economics.” According to estimates, digital boards in high-profile locations are able to command rates up to three times higher than static boards.

Marketers such as Coca-Cola, McDonald’s and Fox Television increased their OOH presence during the recession. New advertisers such as Clearwire and Fifth Third Bank have also started using it.

Advertisers are even becoming more sophisticated in how they use the boards, blending content and marketing messages. For example, a Tampa/St. Petersburg, Fla.-area hospital posts the average waiting time in the emergency room. CCO is even trying to turn some outlets into news sources, having launched the Total Out of Home Network in Chicago, featuring real-time traffic from CC Radio (and sponsored by the Illinois Lottery). END_OF_DOCUMENT_TOKEN_TO_BE_REPLACED