At the end of 2011, Supervalu slated us with a final project the “Freshly Made Holiday” campaign. This campaign launched the same time as the general market creative and were created to drive consumers to a brand new recipe microsite created by the lead agency as supporting iMedia.

Within this execution, we chose 3 dishes that resonated with the client and at the same time were dishes that are relevant to the season – in this case they were: greens, peach cobbler and a roasted turkey. The story for the banner played from the reminiscent view of comments that would be said and heard at a AA family function.

We wanted to ensure “fresh” was incorporated within the banner at all time. That quality was present through the use of fresh food imagery as well as the final line of copy on the final frame. The colors used were saturated to ensure that the background did not overwhelm the dishes keeping the integrity of the food as the hero throughout.

On the rich media versions, users are able to view and print the actual recipe from the banner. 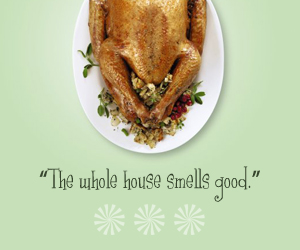 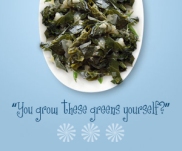