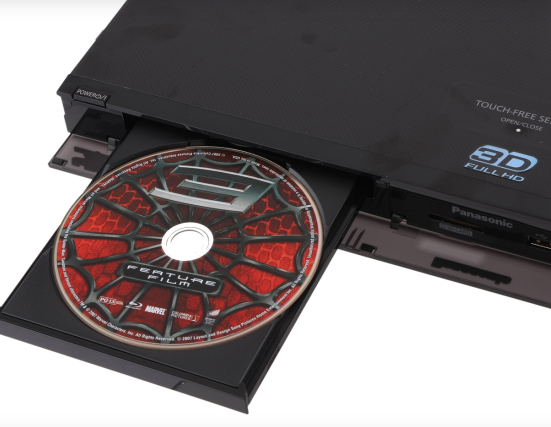 A week ago my daughter accidentally destroyed our previous DVD player, and when I said accidentally I mean, banged it multiple times with her kitchen playset and tried to stick pancakes into the DVD tray. That being said, I’m usually not one that talks a lot of techno mumbo-jumbo jibberish, but I got to say that I am very impressed with the Panasonic DMP-BDT210. Far be it that the capabilities might be 2 years old but Panasonic has done a bang-up job ensuring that the ease of using this device was kept simple and at a good price point.

I was able to setup and connect to our network in just a few minutes using the built-in wireless capabilities. From that point, linking to my existing accounts such as Netflix and Pandora was a cinch.

The price for this device was definitely lower than competitor brand blu-ray devices such as Sony and Panasonic – none of which also had the touch-free sensor which I found very handy, especially when trying to eject a DVD in the dark.

This is what CNET had to say about this Blu-Ray player:

The good: The Panasonic DMP-BDT210 has built-in Wi-Fi, a simple user interface, and an excellent suite of streaming-media services, including Netflix, Amazon Instant, Vudu, Pandora, Skype, and CinemaNow. The DMP-BDT210 also has the fastest overall disc-loading speeds we’ve tested. And though its “touch-free” disc tray opener is a little gimmicky, we found it occasionally useful.

The bad: The Panasonic DMP-BDT210 has fewer overall streaming services than some competitors, missing some high-profile services like Hulu Plus and MLB.TV. It also lacks onboard memory for accessing BD-Live features.