Supervalu is lowering prices – specifically their Jewel-Osco banner. Our task was to create a clever campaign that convey that message to the AA consumer in a fun and eye-catching way. Within this digital piece I took a look outside of the box and implemented a style design that Supervalu is not accustomed to, so it was definitely a real gamble on my end to ride against the grain.

Instead of focusing in on fresh foods and real family moment imagery I took the route of implementing vector imagery to add the humanistic presence for the campaign. Because I went this route, the creative left enough room to convey simplicity with a modern twist. To add the food elements, which was another touchy area, I used copy to share that messaging.

On presentation day the client closely looked over the creative, nerves were tense because I knew that this method was brand new to them and was afraid that this would shift their marketing to a whole new direction which I know is something that they were not looking to do. After minutes of silent deliberation the first dagger was thrown and gave me a minor wound, just as expected the campaign doesn’t follow suit to anything else they were doing. A second dagger quickly followed pointing out the fact that the messaging was not clear enough. There was one more dagger left and with the ratio at 2:1 I knew this campaign was just going to die.

Our final client spoke and what she said changed the mindset of the other 2, “Its new and its refreshing, she loves it.” The other 2 quickly came back and tried to make it live by compromising their thoughts with this creative.

Our client loves this idea so much, you will be seeing this type of marketing present on OOH and in-store POP. Moral of the story: “Go with your gut.” 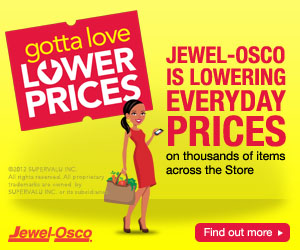